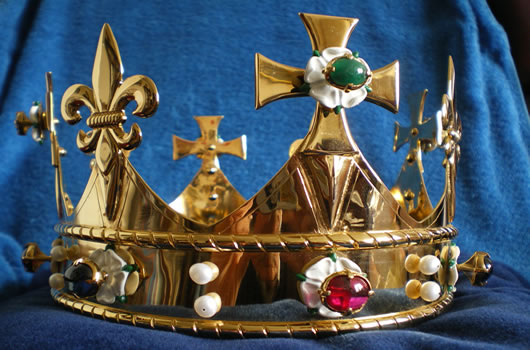 1483 – Kingship in Crisis is a long-term research project investigating one of the most controversial and least understood years in English history. The death of Edward IV, dramatic accession of Richard III, and mysterious disappearance of Edward V and Richard duke of York, allowed later Tudor writers to establish the dominant, though contested, narrative so familiar to students of the medieval period. This project sets out to assess the veracity of that traditional 'Tudor' interpretation, re-examining and reconstructing the events of 1483, and seeking new answers to seemingly insoluble problems.

Edward IV’s unexpected death in April 1483 sparked a political crisis in which the heir to the throne, Edward V, was found to be ineligible and the late king’s brother, Richard duke of Gloucester, ascended the throne as Richard III.

Following the disappearance of Edward V and his brother, Richard duke of York (the so called ‘Princes in the Tower’), a series of risings across southern England, aimed initially at the restoration of Edward V, subsequently championed the accession of Henry Tudor, a Lancastrian exile with a debateable claim to the crown.

Henry Stafford duke of Buckingham, Richard III’s principal ally, emerged as the rebellion’s figurehead, and although the revolt was suppressed and Buckingham executed, Henry Tudor evaded capture to become a focus of opposition to Richard III.

The events of 1483 are fiercely debated and two principal issues continue to divide academic opinion: the validity of Richard III’s title to the throne, and the mysterious fate of the ‘Princes in the Tower’.

Rival factions are broadly identified as traditionalists and revisionists. The former dispute Richard III’s claim to the crown and accuse him of infanticide, the latter uphold Richard’s royal title and argue the case for his defence.

Over the years historians and writers have subjected 1483 to ever closer scrutiny and the surviving evidence has been thoroughly interrogated. A decisive breakthrough, however, remains elusive and the debate is effectively deadlocked.

1483 – Kingship in Crisis is based on a new and rigorously designed research strategy, intended to dissect the controversies of this famously intractable year, and raise the possibility of some fundamental answers. In the absence of fresh documentary discoveries, it may, quite legitimately, be wondered how such an investigation might prove successful. However, it is the conviction of this project that there remains a great deal of untapped material, currently on the periphery of the debate, which has the potential to yield new insights and, ultimately, new answers.

For more information about Richard's claim and the pre-contract see here.

About Dr David and Wendy Johnson

Dr David and Wendy Johnson are long standing members of the Richard III Society and founder members of Philippa Langley’s Looking For Richard Project. They are frequent contributors to the Ricardian Bulletin and give occasional talks on Richard III’s chantry of 100 priests in York Minster and the matrimonial career of Elizabeth of York. 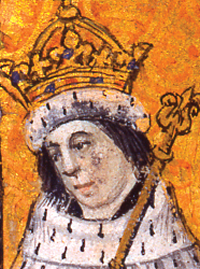 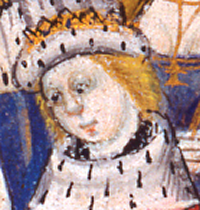